To share your memory on the wall of Paul Cameron, sign in using one of the following options:

We encourage you to share your most beloved memories of Paul here, so that the family and other loved ones can always see it. You can upload cherished photographs, or share your favorite stories, and can even comment on those shared by others.

Posted Apr 23, 2019 at 05:24pm
To Paul's wife, family and loved ones:
My deepest condolences to you all. I didn't know Paul really well outside of work but as a member of the York University community but I knew him well enough that his passing has had an impact. I would see Paul from time to time as he carried out his duties and he was always a pleasure to deal with. He always had a friendly smile and I knew we were in good hands when he showed up on a call. He was taken far too young. Tony D'Agostino, Schulich School of Business
Comment Share
Share via:
BH

Posted Apr 15, 2019 at 02:28pm
Bruce, Jean & Family: Our sincere condolences for your loss. May God give you strength during this very difficult time.
Bill & Elaine Healy
Comment Share
Share via:
LS

Posted Apr 14, 2019 at 06:52pm
Bruce and Jean:
Our deepest sympathy for your loss. Our thoughts and prayers are with you.
Larry and Cheryl Soper
Comment Share
Share via:

Posted Apr 14, 2019 at 06:05pm
Wishing peace and healing to Paul’s partner, family and many friends. From one of those whose lives were touched and enriched by his life.
Comment Share
Share via:
CK

Posted Apr 14, 2019 at 12:17am
We all came from different backgrounds, pursing different areas of study. But we landed in E-House in Founders, at York University, and quickly became friends.

It didn’t take us long to find common ground. Paul got along with everyone. No one ever had a bad word to say about him. Like me, Paul was a Leo. We’re supposed to be gregarious and loyal, and he was certainly both of those things. His kind nature also meant he got his fair share of affectionate teasing. He took it with inexhaustible good humour.

Paul and I had one thing we’d always bond over: Star Trek. He was always up for discussing the most recent episode, characters, or plotlines. Paul and I were roommates for a year off campus, and there the Trek affection continued.

When the crew from E-House finished school and went out in the world to pursue our post-graduate and professional lives, Paul stayed at York and kept working. And he kept studying. He had a plan and an interest in self-improvement. I always admired that about him. I heard flags at York will fly at half-mast this week in remembrance of Paul and his contribution to that community. That’s a wonderful tribute. My condolences to Sachiko, Paul’s family, and all the people he was close to.

I can’t believe Paul is gone. It’s highly illogical. He was so sturdy and consistent, it doesn’t make any sense that he won’t be there the next time his old pals get together. When we do, we’ll raise a glass in his memory, that’s for sure. We won’t forget him.
Comment Share
Share via: 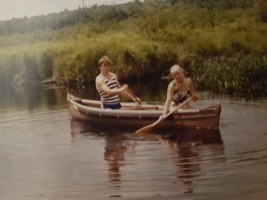 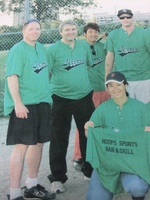 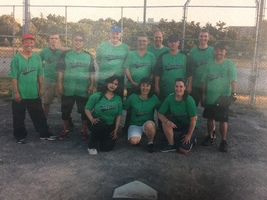