To share your memory on the wall of Velma Funston, sign in using one of the following options:

Learn the benefits of ordering with us

Provide comfort for the family of Velma Funston with a meaningful gesture of sympathy.

Learn the benefits of ordering with us

Show you care by sending Flowers

Donations are being accepted for:
Museum of Dufferin Shelburne Public Library

We encourage you to share your most beloved memories of Velma here, so that the family and other loved ones can always see it. You can upload cherished photographs, or share your favorite stories, and can even comment on those shared by others.

Posted Oct 18, 2019 at 01:28pm
Our sympathy goes out to the Funston family. Velma was a colleague and mentor. Her many students will have fond memories of her.
Comment Share
Share via:

Posted Oct 18, 2019 at 09:28am
My sincerest condolences on the passing of your mother. She was a very special woman, and she will be missed by many. Sending you thoughts and prays.

Posted Oct 17, 2019 at 06:51am
My sincere condolences. Velma was a lovely person with a smile and a kind word for everyone, Cherish her memories. Ethel Mckibbon
Comment Share
Share via:
LB

Posted Oct 16, 2019 at 09:05pm
Sincere condolences to all The Funston and Anderson families on Velma’s passing. She was a warm, generous lady. Always a smile for everyone. Our thoughts and prayers are with you all at this time. Les and Beth
Comment Share
Share via: 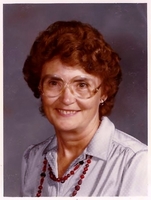 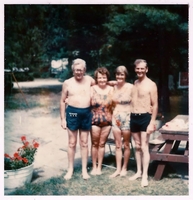 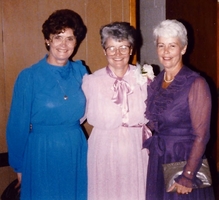